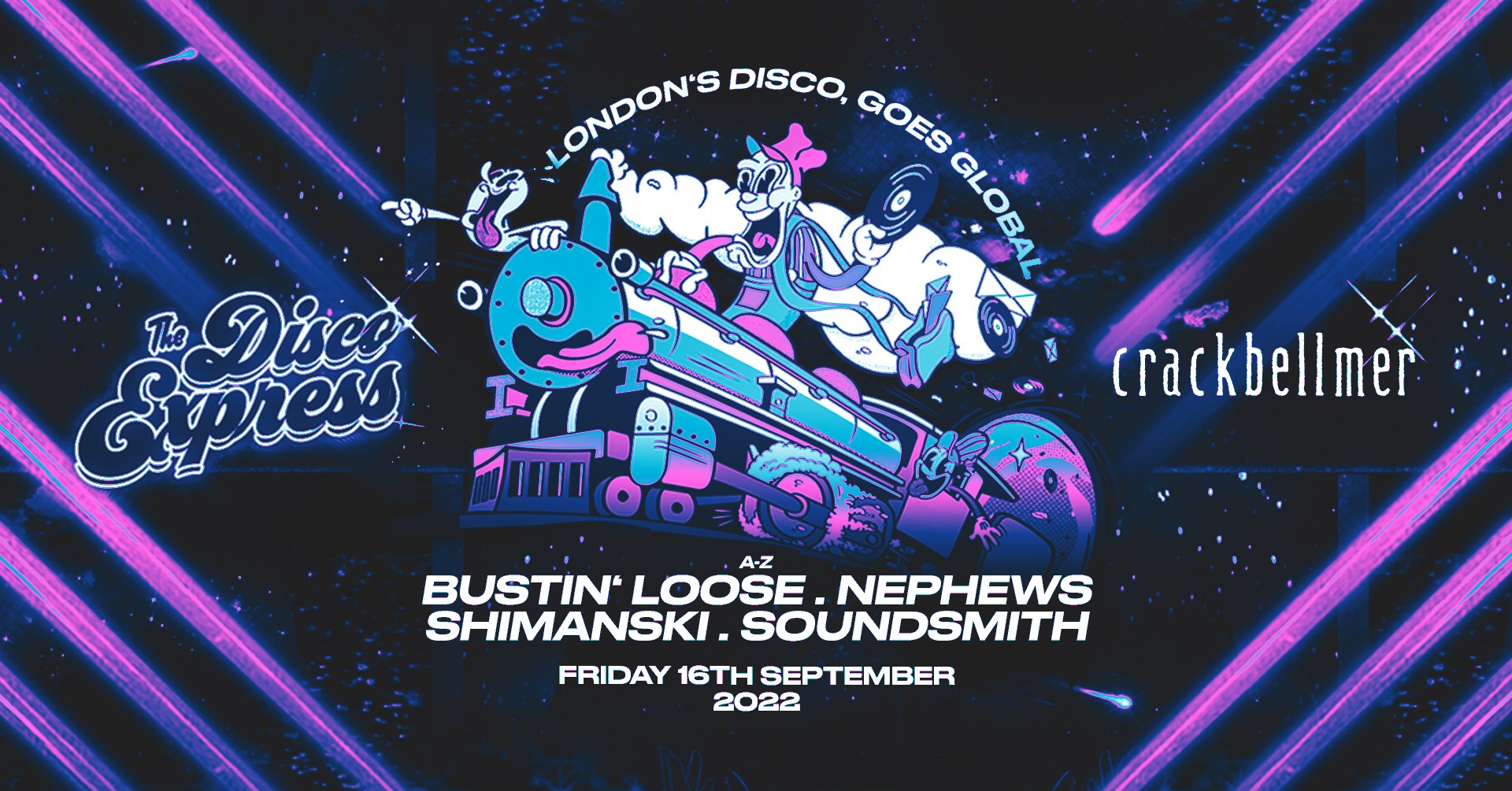 After our last sold out night at Crack Bellmer in July, The Disco Express returns for more disco hedonism, debauchery and late night dancing.

Regarded as one of London’s “leading disco labels” The Disco Express has garnered big support from the likes of Nightmares On Wax, The Blessed Madonna, TSHA, Hifi Sean, Folamour and Dan Shake for consistent high quality original releases and edits.

Drawing inspiration from the energy of the 70’s New York and fusing it with the 21st century dance floor, The Disco Express parties are fun, inclusive, and where the good times take you deep into the night.

Put on your dancing shoes and let our house become your house.

See you in Berlin,